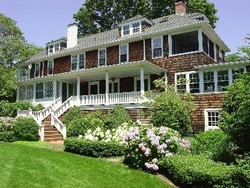 Known for its history and recently for its world class shopping, East Hampton village has been designated the most beautiful village in the United States for many years.  Its history includes some of the most famous estates and locations. Georgica Pond is surrounded by the most bucolic beauty in the rolling fields and undulating pastures. The estates that grace these fields are some of the most expensive and beautiful to be found on the Eastern End of Long Island.
Shown here is one of the treasured estates in Georgica. Built in 1902 the mansion and the carriage house remains as they were, well maintained and brought up to modern standards. 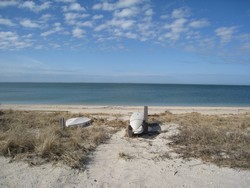 East Hampton and Southampton share the premiere positioning of having the great American estates of the 18th, 19th and the 20th centuries. East Hampton Town is made up of East Hampton Village, Georgica, Wainscot, Amagansett and Springs. 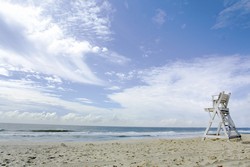 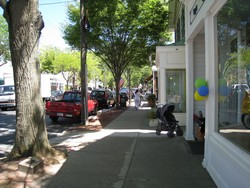 Southampton Village is the only village in the Hamptons that is built right on the Atlantic Ocean. Founded in the Mid 1600's this village became a magnet to the rich and famous. Many of the wealthiest families in New York City had their summer homes here in the Estate Section of Southampton Village. The Art Village was adjacent to the estate section but it attracted the struggling artists and even the most established artists of the day,  William Merit-Chase and Fairfield Porter. There were schools established here for the purpose of establishing Southampton and it's environs as the place for up and coming artists to study with Merit-Chase and a handful of other established artists of that era. 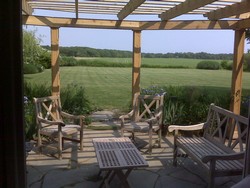 Bridgehampton New York is well remembered as a farming village where Carl Yastremski (The Yaz) grew up and learned his trade as a baseball great for the New York Yankees. Here is the place that immigrants came from Poland to grow potatoes and build the well known Long Island potato farms of the 1800's. The Yastremski family was just one of many who established themselves here.
Bridgehampton was a sea of potato farms up until the early 1980's...that was when the building boom started and the fields began to fill up with the stark contemporary structures that appealed to many at the time. In one day several structures would appear like skeletons upon the landscape; and another potato farm bit the dust! This began the many futile attempts by landowners to preserve the remnants of vacant land. It was not until the early 2000's that the towns of East Hampton and Southampton put the 2% Peconic Land Preservation Tax up for a vote and it was passed without much resistance and is a tax paid by buyers in each town. It is still in existence to this day. 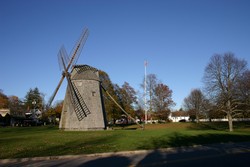 Located between Southampton Village, and Bridgehampton New York, Water Mill was the original location of the first grist mill and  it's water wheel is still intact. It is now a museum and is a tribute to the original farmers who came every day to grind their corn and other grains for local use in Water Mill and the surrounding Hamlets. 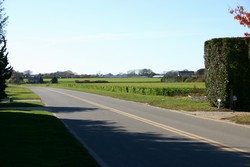 Sagaponack Village is quietly recognized as the most bucolic of all the Hamptons....farm fields of green grasses that flow down to the ocean's edge still remain here. Slowly, the tremendous development that Bridgehampton suffered from so significantly in the 80's and 90's, has begun to carve out some of the most beautiful farm land on Eastern Long Island.  This is the area known for large compounds to suit the celebrity and the wealthy. The Village of Sagaponack was just created in 2007. With that designation came a measure of exclusivity that has been the catalyst for property value and desirablity to spiral upward.
The local real estate values increased significantly  from the formation of Sagaponack Village. Huge tracts of land can be found here; 66 acres of ocean front land was developed as a private compound for Hummer CEO, Ira Rennert, to the dismay of the rest of the community and was the cause for much unwanted media coverage as he built the largest house in the USA in 2005.
As farm families give up these vast tracts of land, there is a tremendous effort to keep them intact. It seems to work at the moment, preserving the former potato fields for posterity. Major housing development has been insignificant here.

Sag Harbor is known for its whaling history. Once the largest whaling port on the East Coast, Sag Harbor was settled sometime between 1707 and 1730. The first bill of lading using the name Sag Harbor was recorded in 1730. While some accounts say it was named for neighboring Sagaponack, which at the time was called "Sagg", Sagaponack and Sag Harbor both got their name from a tuber the Metoac Algonquins raised. One of the first crops that was sent back to England, the tuber-producing vine is now called the Apios americana. The Metoac called it sagabon. That is how the harbor and neighboring village got its name. Such namings were not unusual. Tuckahoein Westchester County, about 80 miles (130 km) from Sag Harbor, got its name from the aboriginal term for the Peltandra virginica, the Arrow Arum.

The port supplanted the East Hampton community of Northwest which is about 5 miles (8 km) east of Sag Harbor. International ships and the whaling industry had started in Northwest, but its port was too shallow. The most valuable whale product was whale oil which was used in lamps; thus it could be said that Sag Harbor was a major oil port.

By 1789 Sag Harbor had "had more tons of square-rigged vessels engaged in commerce than even New York City." It had become an international port. After the Second Session of Congress on July 31, 1789 Sag Harbor was declared the first official port on entering the United States. This turned Sag Harbor into a melting pot of different cultures. With Sag Harbor being the first stop on entering United States territory, this is where ships would stop before sailing to New York City to finish their trip. With all the ships coming in and out of Sag Harbor the United States government decided that they should place a customs house in the town. Long Island did not have a customs house before the one in Sag Harbor.